I’ve finally done it.  I’ve started commenting in the comments sections on political articles that get me hot and bothered.  Hurray!  Now I too can dignify commenters who use words like “libtard” or “republitard” to describe everyone in the country with an opinion contrary to their own.  Of course, it used to be that if someone was calling you names like those, they probably weren’t going to be receptive to anything you had to say.  But that’s how you do it these days. At least, that’s how our politicians do it.  And since they set the tone for political discourse in this country, and I live here too, I guess it’s play ball or get out.  (Which are also the only alternatives presented, right?  I mean, you either love this country our you’re part of the other half working to subvert all its values.)  And what’s not to hate in that?

The media and we, the people, have become the magnifying glass that focuses all the hate coming down from the top.  And the comment sections of CNN.com or Fox News.com are an example of its gathering heat.  If you’ve spent any time reading reader comments, you’ll know what a soul-crushing experience it is.  These are the Americans who want to be heard, but feel their voices are lost.  And what are they saying?  They’re saying “libtard,” “republitard,” “a**tard,” “fu**tard” and pretty much any other word you’d like to attach to the word “tard.”  (Seriously, go look.  It’s awesome.)  My favorite?  “Jesus died for you two [sic] socialist libtard!!!”

And beneath that confused expression of Evangelical love is a lesson somewhere.  Only I’m not sure I’m clever enough to figure it out.  I’m pretty sure there was a reason it became socially unacceptable to use the word “retard,” even when words like “libtard” sound hilarious.  Actually, that’s why it sounds funny, right?  But let’s set comedy aside and talk about the tenor of our debate instead.

Witness the descent into hell.

Democratic voters in Connecticut voted “yes” to lies and non-accountability when they elected Richard Blumenthal to the Senate last November.  He repeatedly lied about his service in Vietnam.  And he did it for votes.  “We have learned something important since the days that I served in Vietnam,” he told voters in March 2008.  The truth is that he ran like hell to not have to go to Vietnam.  And when reporters called him out, his response was, “My intention has always been to be completely clear and accurate and straightforward, out of respect to the veterans who served in Vietnam.”  Really?  Lie to me once, maybe it’s an accident.  But this lie was repeated over years.  And now he’s there in Washington, representing the state of Connecticut.  Good job.  And since we can’t do anything about him (unless you live in Connecticut–which I don’t,) let’s turn to someone who wants your vote on the national stage: Michele Bachmann.

When Michele Bachmann appeared on Jimmy Fallon to the tune of Fishbone’s “Lyin’ A** Bit**,” it was “scandalous” because “NBC: That’s no way to treat a lady.”  Well, I disagree.  Bachman set the tone herself with her antagnostic factual errors, not lady like behavior.  Repeatedly lying to people doesn’t make you a lady.  And anyway, why isn’t it scandalous because Fallon’s band spoke truth to power?  Bachmann: “There isn’t even one study that can be produced that shows that

carbon dioxide is a harmful gas.”  Here’s one, but nevermind.  More important than this particular lie are the people who know she is lying and continue to support her because her lie reinforces their world view.  The remark is designed to erode your confidence in the smarty pants telling us to treat our planet better.  And why lie about that?  There are plenty of scientists who have differing opinions about global warming.  She could have cited some of their research, right?  And you find this kind of thing across the board coming from our lying–sorry, “untruthful” “leaders” in Washington, whose salaries are beginning to look more and more like the greatest of entitlement scams as they fail to actually accomplish anything of merit.  This is how status quo becomes status quo, people.

But, okay, when the left slings mud at the right, or vice versa, most Americans naturally dig in and defend their own.  It’s instinct.  We’re inclined to conclude that this is the way of the world, so we throw our support behind the least objectionable untruthful person of the bunch.  But at some point it becomes lying to ourselves.  And that just ain’t cool.

Lying to yourself is actually lying.  We’re permitted to call it that.  But for some reason we’re supposed to use words like “untruthful” when directed at politicians.  We’re supposed to pay that respect to these people who are lying to us, but what did they do to earn our respect?  Politicians make careers of insulting others if it will boost their campaign funds within their base.  So what about those people who weren’t in their base?  In this country, half of the country has grown permanently disinfranchised by our status quo.

Of course, Evangelicals get pretty testy about calling a loud-mouthed Christian a “liar.”  Maybe Michele forgot about Christ’s directive to pray in the closet?  Or maybe there were too many gays in there, so she had to come out?  But since Michele Bachmann is busying herself with courting Evangelicals Americans–let’s appeal to them for a moment by looking at the word, “liar.”

How do you define when someone is a liar?  Is it by the number of times they do it, or is it by their intention?  Both?  Bachmann has dropped quite a number of untruths, so she’s got that part down, but how about intention?  I’m not inclined to give a pass there either.  Because she’s a politician, she naturally hedges in showing contrition towards those people who are hurt because of the untruths coming out of her mouth.

It used to be that when something like Fallongate went down, we’d say, “What goes around comes around.”  And let’s be clear: Michelle Bachman isn’t a victim.  She’s a bully. And someone bullied her back.  (Yes, Evangelical Christians can be bullies too.  *Gasp*  By the way, Fishbone is the real victim here, right?  I mean, it’s a cute song, and nobody’s talking about that.  Good job Fishbone!)

But this is the kind of thing that gets Americans whipped up into a hating frenzy as evidenced by the talk back forums on mainstream news.  (Yes–that includes Fox News, who are endlessly touting their superior ratings, yet want you to believe they’re not “main stream.”)  And who was it that taught us to hate so much?  Oh yeah, it’s the people we voted for.

So.  Shouldn’t we all get involved in these talkback forums?  But please–if you do–keep it constructive.  Limit useage of your “tard” word of choice to no more than once per post.  Also, be sure to include at least one of the talking points of your media outlet/politician of choice.  That way, NBC, CBS, ABC, MSNBC, CNN, Fox, the President of the United States, the House, Senate and Supreme Court know you’re listening.  And learning to hate.

7 thoughts on “Stop the Hate; On “Libtards” & “Republitards”” 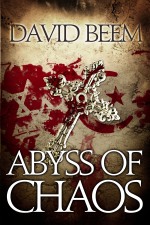 The Ark of the Covenant